Ukraine's first grain-carrying ship since the start of the nation's war with Russia recently departed, representing some hope for the global fight against hunger. 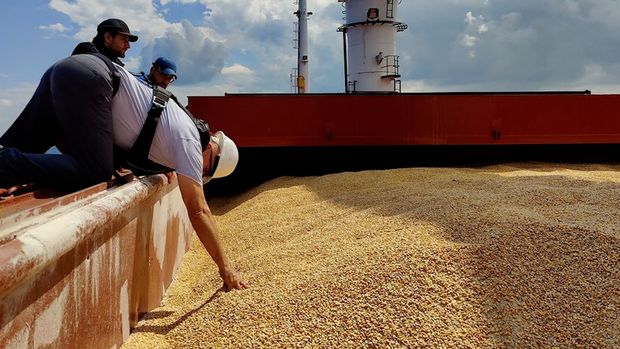 On Monday, August 1, 2022, the Razoni, a Ukrainian ship carrying over 26,000 tons of corn, departed the port of Odesa in the Black Sea. With its destination being the port of Tripoli in Lebanon, this shipment marks the first from Ukraine since the start of the war with Russia in late February of 2022. Additionally, it represents progress for Ukraine re-entering the world economy, despite the conflict with its larger neighbor, especially given that it is the result of deals negotiated between Russia, Ukraine, Turkey, and the U.N. But besides being a promising sign for Ukraine financially, it is also a significant step towards helping the growing global food crisis.

The Ukrainian-Russian war only acted to accentuate the growing hunger crisis in many developing countries, adding to pressures from climate change, the pandemic, supply chain issues, and other disputes. Even though Ukraine represents about 10% of the global wheat in trade, it is the main provider of grain to developing nations. With Ukraine out of the equation, struggling countries such as Somalia had to rely on other partners in Turkey, Brazil, and India in order to feed their population. As a result, food prices are rising, with an increase of 60% in Yemen, 86% in Syria, and 187% in Sudan over the past half-year, according to Robert Mardini, the Director-General of the Red Cross.

This war simply adds to the already prevalent global health crisis of hunger, malnutrition, and starvation, arising as another peak akin to those in 2007, 2008, 2010, and 2012, although being significantly worse. Since 2019, hunger has skyrocketed, with a jump from 135 million people classified as acutely food insecure, to, in 2022, a total of 345 million people globally. For places like the Horn of Africa, which is currently experiencing a 4-year drought, and Afghanistan, whose conflict and political instability have made trade difficult, the issue is even worse. With supply chain issues from the pandemic, many developing nations were left with their economies destroyed or with severe debt, making it difficult to feed vulnerable populations. The combination of these problems has made exporting these grains from Ukraine and other European nations a high priority for officials of countries on both sides of trading.

The Razoni has already faced delays coming into Lebanon’s port, as well as the hindrance of mines in the Black Sea, slowing the process, an obstacle that could be faced by future vessels. Even though the Razoni has successfully made it out of Ukraine, there is still a long way to go before prices begin to drop, with 20 million tons of grain still stuck in Ukrainian ports. Experts anticipate that subsequent shipments to other nations might have a more substantial impact, as more food enters the supply chain, although it could take another two to three months to see the impact. Also significant is the fact that the ship is carrying corn, specifically for chicken feed, which will have less of an immediate effect on the food crisis. Still, for nations like Turkey, Indonesia, China, and Somalia, this first grain shipment represents hope for recovery.