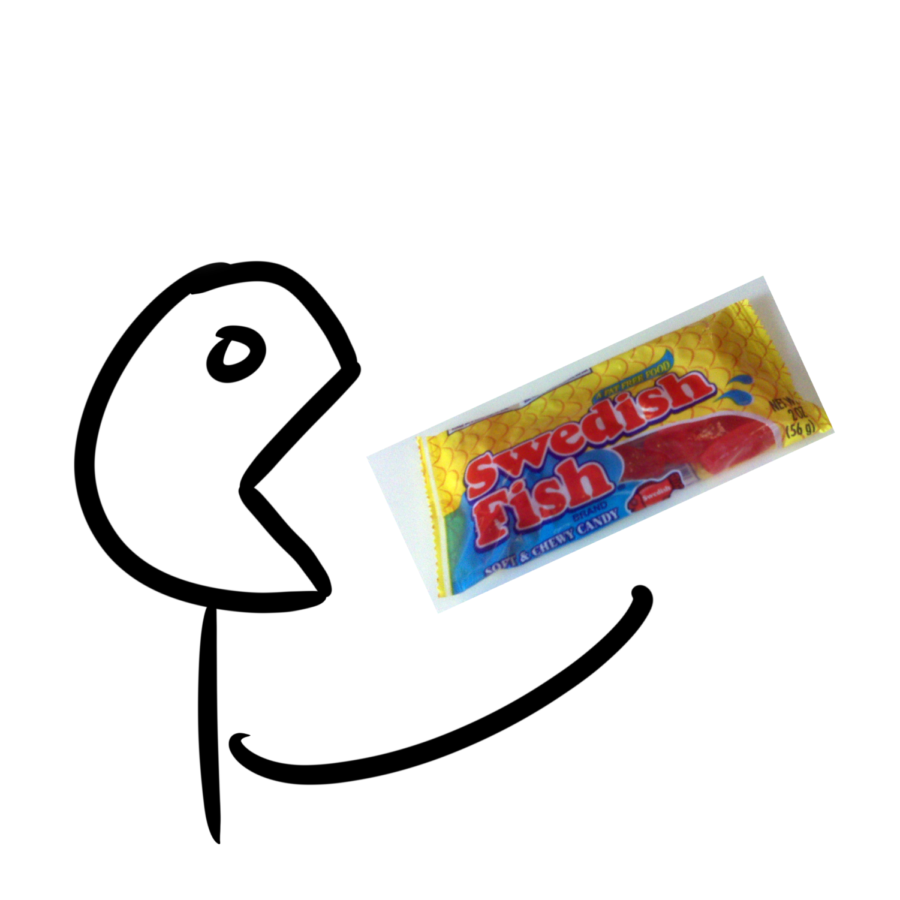 Yes, I know that there are all sorts of dedicated sports foods touting clinical studies and high electrolyte content and all-day energy. And oftentimes, these foods do actually help with exercise and stuff. But there’s a couple of glaring issues with these: they are expensive, they often taste kinda gross, and many of them don’t help nearly as much as they claim. Remember, all of those much-vaunted clinical studies are funded by the corporations that sell these goods! Good ol’ capitalism…

Thus, I propose a new superfood for athletes: one that is cheap, delicious, and has absolutely no corporate shilling going on. I humbly offer up swedish fish as the best food for athletes of all kinds.

Hear me out before you dismiss me out of hand.

Let us start with affordability. A pack of six energy blocks costs about $3, and is enough for maybe an hour or two of intense activity. That’s ridiculous. They’re basically overpriced candy. So why not buy candy instead? At the same price, you can buy a family-sized pack of swedish fish, which will last you at least a few weeks. The fish give you much more bang for your buck.

And to those who would argue that paying a premium gets you higher quality snacks that are healthier, I say nay. The nutritional labels tell the truth (except on tic-tacs) and they say that the main ingredient of both candy and these energy gels is sugar. The only thing you get more of when you buy gels and blocks and whatever is salt, but that’s not nearly worth the price.

But allow me to move on to a brief tangent. When working out for longer periods of time, your body needs two things to keep moving. Salts, which are lost in your sweat, and sugars, which allow your muscles to keep moving. A gross oversimplification to be sure, but sufficient for the scope of this article. Having talked with a professional cycling coach (check out the mountain biking team, btw), I have word on from on high. Calories are the most important thing to have for longer periods of activity, and you want something that will sit a little bit longer in your stomach than a sugary drink or semisolid. Gummies and energy bars are the suggested foods.

Guess what? Swedish fish are gummies. And they’re cheaper than cliff bars and other things that are like cliff bars. Much cheaper. And they have invert sugar too, which is like anti-sugar, which means that it annihilates normal baryonic sugar upon contact and releases an explosion of pure sweetness. That’s not what actually happens—invert sugar is just more sugar—but it’s fun to think of it that way.

Do not deny it. Swedish fish are the optimal food. They are what peak performance looks like. Trust me—I’m a professional. This article is not sponsored. I just like Swedish fish.