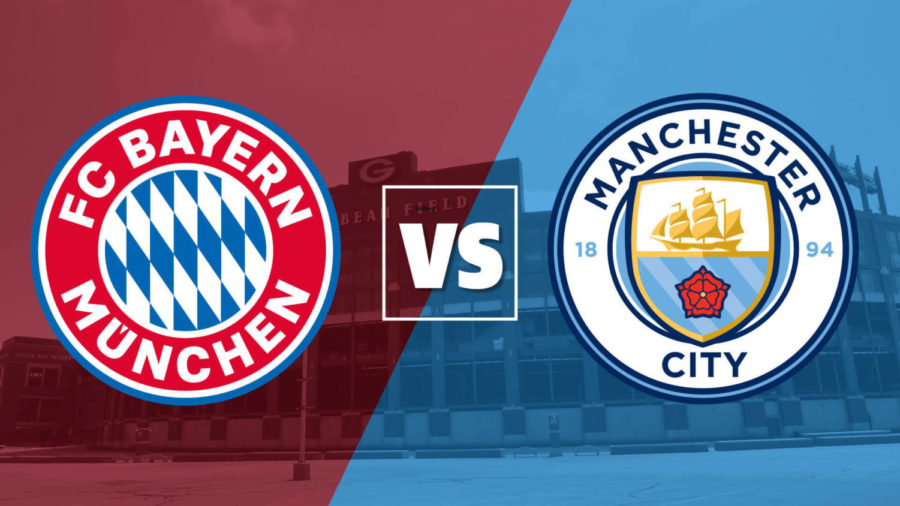 On a shortened pitch at Wisconsin’s own Lambeau Field, two of the top European teams, Bayern Munich and Manchester City, champions of both Bundesliga, and the Premier League respectively, faced off in a closely matched pre-season friendly. Scheduled to begin at 6:00 pm on Saturday, July 23rd, thunderstorms in the area resulted in a 15-minute start time delay to the match. Despite this, it took Manchester City a mere twelve minutes to take the lead, with Jack Grealish on the left wing assisting a sliding Earling Haaland in the center of the box for the goal. A striker recently transferred from Borussia Dortmund, Haaland expressed his excitement about working with his new teammates and manager stating,  “Guardiola is a bit crazy and I like that, so it’s going to be fun. It’s one week so I cannot tell too much, but I’ve been training good and I’m ready for what’s next,” after the game.

Following this initial goal, however, inclement weather delayed the match for almost another hour, while fans sheltered inside Lambeau field. Eventually, after their third time warming up for the night, Bayern Munich and Manchester City took the field once again, with the halves being shortened to 40 minutes given both teams’ tight travel schedules. While the match was physical, with several yellow cards shown to players on both sides, with two to Manchester City and three to Bayern Munich. Manchester City kept their 1-0 lead with sharp passing, although several scoring opportunities arose for both sides, the majority of which were stopped by offside calls.

Being a friendly, the game served as an opportunity for the teams to compete, while coaches prepared for the season. Bayern Munich Head Coach, Julian Nagelsmann, tested out a 3-4-3 with his athletes, while making ten substitutions, seeing which of his players worked well together.

As for its local impact, the match was not only an excellent chance for Wisconsin soccer fans to see some of the best European teams play in person, but also, with international coverage, was a great exposure opportunity for Green Bay. The game sold out, bringing 78,128 spectators into the stadium and around ten million dollars to the area as estimated by the tourism bureau.