With record attendance at Wembley Stadium, the Euro Final is only a part of the rising popularity of women’s soccer across the world. 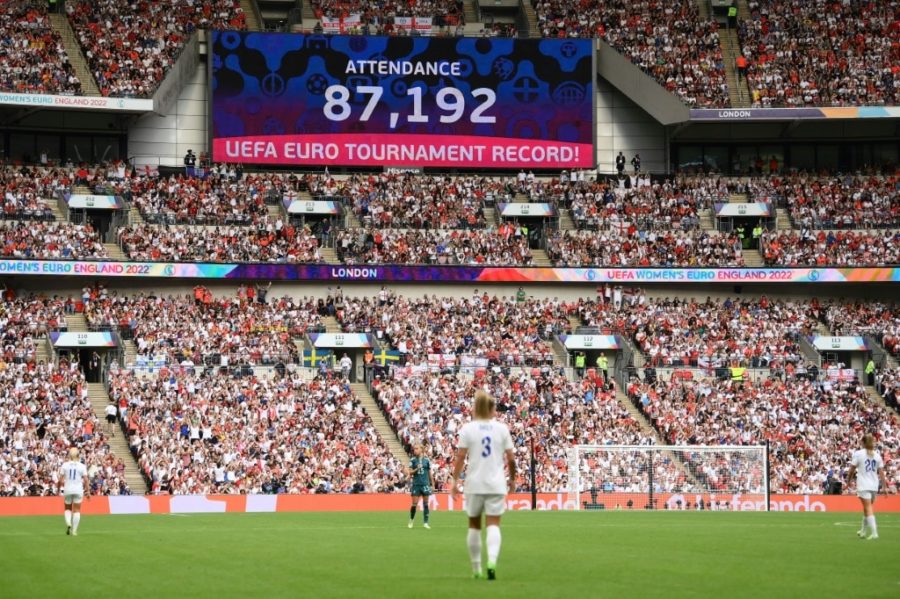 The Euro 2022 Final on July 31 between England and Germany set record-high attendance and television viewership. With an attendance of 87,192 fans at Wembley Stadium, the game broke the record for the highest attendance of a UEFA tournament match in both women’s and men’s soccer, which was previously set in a match between Spain and the Soviet Union in 1964. In terms of television viewership, a total of over 35 million viewers across Germany and England watched England lift their first international trophy since 1966 when captain Bobby Moore hoisted England’s first World Cup trophy.

Initially predicted to generate a total of over 60 million euros, the whole tournament generated enough revenue for UEFA to double the prize money to 16 million euros due to an upsurge in support and popularity. In fact, across all levels of European soccer, the top three highest attendances in 2022 have all been recorded at women’s matches — the Euro Final and two Barcelona matches where more than 91,000 fans attended at Camp Nou.

Will these new highs in attendance really impact the women’s game though? After all, compared to the Italy men’s team who took home 331 million euros as prize money in Euro 2020, the England women’s team received only a fraction of that amount.

Based on the rising fan interest in women’s soccer, maintaining this growth will yield more profit, translating to substantially better pay for women soccer players. More importantly, women soccer players now face a big decision. More people recognize that women have the choice to transform the game of soccer without drawing parallels to the men’s game, an opportunity that empowers more women to be influencers and leaders in society. Even now, the leadership that women’s national teams and international clubs have demonstrated throughout matches is drawing more attention, making the growing financial potential and distinctive style of women’s soccer look very promising.