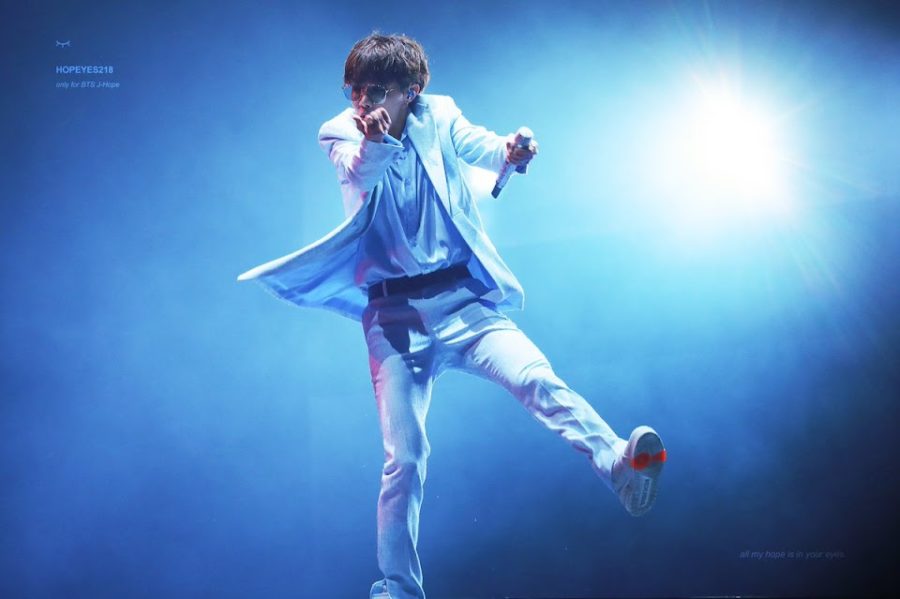 Korean rapper j-hope made history at Chicago’s Lollapalooza on July 31 after becoming the first Korean artist to headline a “major US music festival”. Debuting as a solo artist alongside other headline stars like Dua Lipa, J. Cole, and Green Day, j-hope marked his performance as both proof of his capabilities and the bright future ahead of him.

As the whole audience was illuminated with the glow from the Bud Light Seltzer Stage, j-hope executed a powerful performance for his new album “Jack In The Box”. Fans were thrilled due to the growing anticipation they had had throughout the day. j-hope fired up the crowd with his immense creativity and persona by hitting the stage with his new single “MORE”, thanking the whole crowd afterward for coming to see him. He told the crowd, “I pour my heart and soul into my music. I hope you like it,” to which he showed off his signature vocal delivery and choreography and commanded the stage without any support from the other BTS members.

j-hope at the Lollapalooza was not only a first for all Koreans but is also a sign for more change to come. He left another crowd of fans highly satisfied — whether they were already fans before coming to the concert or seeing the Korean talent for the very first time — and has opened the door for more AAPI musicians who exhibit extreme talent to freely express their own creativity.