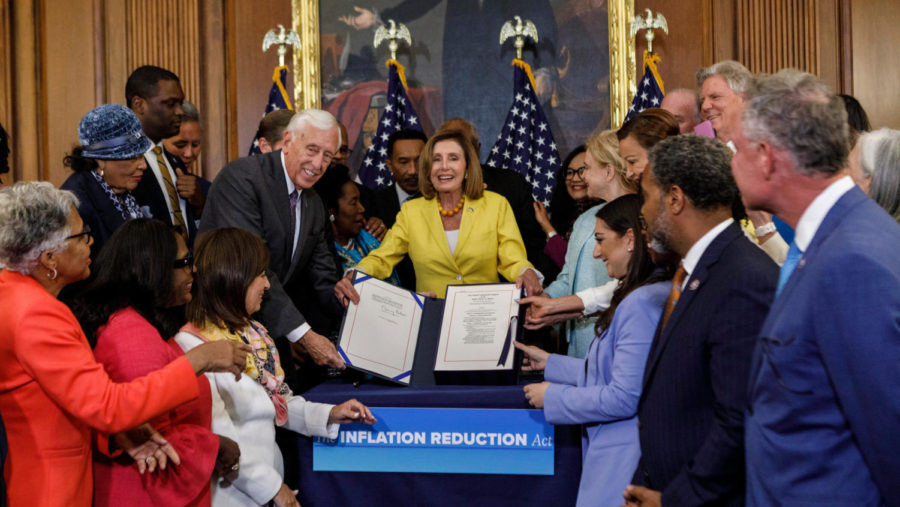 After over a year of effort from Senate Democrats, the Inflation Reduction Act has finally been passed along partisan lines in both the Senate and House of Representatives. Following a deal between Democratic Senator Joe Manchin and Senate Majority Leader Chuck Schumer, the act passed in the Senate on Sunday, August 7, 2022, with a 51-50 vote, Vice President Kamala Harris being the tie-breaker. Less than a week later, on Friday, August 12, 2022, the act also passed in the House, with another vote along partisan lines of 220-207 following hours of debate. Within a few days, the bill was signed into law by President Biden on Tuesday, August 16, which was expected given an earlier statement released by the White House announcing the President’s support for the Inflation Reduction Act.

Among other issues, such as reducing the deficit, and prescription drug prices, as well as increasing healthcare access, the Inflation Reduction Act also helps to address the issue of climate change. More specifically, this entails plans to encourage more climate-friendly lifestyles in low- and middle-class consumers by reducing energy costs. The act would include tax credits for electric vehicles and other “green” appliances, approximately $9 billion for consumer home energy rebate programs, and more energy-efficient low-income housing. It also hopes to support energy output more directly, with over $60 billion devoted to offshore clean energy production as well as money devoted to helping environmental justice in communities, conserving natural areas, and financing clean energy technologies. Politicians and activists alike are hoping that these efforts will set the United States on track to reduce greenhouse gas emissions to 40% below the levels of 2005 within eight years.

While the passing of this bill represents a great success for climate change activists, the legislation is partially in response to statistics that indicate climate change has continued to worsen over the past several years. According to the National Centers for Environmental Information (NCEI) July 2022 Global Climate Report, July of this year had the 6th highest global temperature out of the last 143 years, and the 5 warmest Julys on record have occurred since 2016. This year, the average global temperature was approximately 1.57℉ above the 20th-century average. In the United States, the temperature gap is even broader, with this being the third warmest July on record and some areas experiencing record-high temperatures. Although aspects of the Inflation Reduction Act were designed to reverse this course of climate change, climate activist groups have stated that this is only the start of changes that need to occur, with some even claiming that the drawbacks of the spending bill outweigh the benefits.